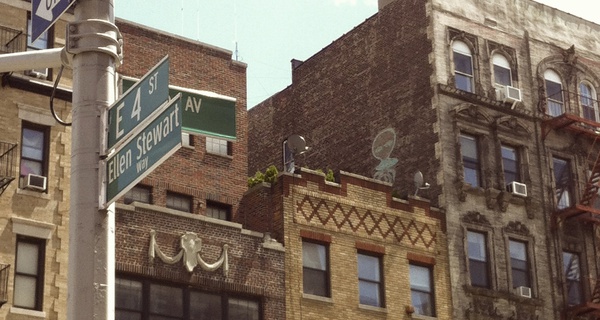 As we brace our selves to go deep into Unfinished Business' two current projects,  Change My Mind and The Spinning Wheel Keeps Turning, I've had some time to reflect on the importance biography has had, and continues to have, in the work I've made in recent years. My use of striped back and raw autobiographical performance material started with It's Like He's Knocking, which explored my dad and granddad’s lives and legacies, their positives and their negatives. My aim was to use my biography and refections on my grief to help to trigger the courage to reflect in the members of the audience.

Both new UB projects have biography and autobiography embedded in their core. Change My Mind is a massive performance research project that starts with each of the 7 involved artist creating a 20-minute autobiography on film. This first process is about authoring or re-authoring the past to make digestable in the present. The biography will be presented as an offering or a gift to different people surrounding the artist's lives, who will be invited to set a task for them, with the aim of impacting positively on the artists’ perception of themselves and the world around them. After the task is executed, the artists will create material based on their reflections of the process, culminating 18 months from now in he creation of a group performance.

Yesterday I had an inspiring conversation with Guy Sheenan, a Solution Focused Brief Therapist and political activist who is associated to the CMM project. We discussed the importance of story in the construction of an image of self. How we have options when retelling stories of our own past. One can change the slant, adjust the focus, emphasise the positive or negative bias. This realisation can empower you and help to shift your perspective and better your mental health.

Today I watched a talk by a psychologist James Pennebaker on the importance of writing down of secret traumas, to help release the power it has over ones physical and mental health. Again I was reminded that our company ethos is constantly tied to the idea of performance as a process of healing. Maybe at the core of this first process of Change My Mind is an attempt to find an authentic voice and accept ourselves in all our grime and glory.

Change My Mind references a lot of different research, dipping into psychology, neuroscience, Philosophy of Mind and sociology. I first discussed the project standing outside my ex-girlfriend's anti-squat-come-bedsit on School Straat, Amsterdam, one warm spring afternoon. Talking with a collaborator, I wasn't happy, I wanted to change and I remember saying I wanted to open up to new knowledge, to re-educate myself. Perhaps I got what I asked for!

We start in a couple of weeks with the process of devising the biographies, during a week of intensive exploration at The Barbican. This is an exciting step into the unknown for all involved.

The Spinning Wheel is a collaboration with hip hop MC and theatre-maker Baba Israel and plays an equally important role in our continued exploration of biographical material in performance.

Whilst Baba was Artistic Director of Contact in Manchester, he booked It's Like He's Knocking and was touched by it. We connected and found both a personal affinity and professional admiration for each other’s expressions. I remember Baba saying I reminded him in some way of the cooky friends of his dad from the New York scene, in which his father was a key figure.

Steve Ben Israel was a poet, comic, jazz musician and founding member of the iconic, New York-based radical theatre company The Living Theatre. When Steve Ben died, Baba returned to New York to look after his family. He decided he wanted to create a performance about his father, reflecting on his life, his politics and the effect of this legacy on Baba himself, and invited me to co-create the work.

We started the process last spring, when I spent three weeks in New York learning about Baba’s father and about the world that he inhabited. We walked the streets, met his artist friends, wrote material, visited jazz bars and radio stations that Baba's father frequented and began to watch the hours of archive material he'd saved from the last fifty-years. It was a moving experience, and I began to feel a great warmth for this man that I had never met; he had an incredible charisma and a defiance of the rules of the increasingly oppressive system that he lived within. While I was there I remember feeling that, in some strange way, he reminded me of my father, Tom: his face, his expressions, his playful nature.

This month Unfinished Business received our second large scale grant from Arts Council England, for the support of the research, development and touring of The Spinning Wheel Keeps Turning. We owe a lot to the ongoing support of associate consultant, Diane Morgan, who focused our vision, pushed us to be what she saw we could be and helped piece-together our argument for support from ACE. Diane will continue to work with us throughout the project, and is a dear friend and member of the UB family.

In April I return to New York to spend two-weeks at La MaMa theatre, on East 4th, followed by a week at Theatre in the Mill, Bradford (co-commissioner for The Spinning wheel) developing a work-in-progress version of the show. Then in October we again split our time between New York and Bradford to create the first touring manifestation of the work, visiting Bradford, London, Reading and Birmingham November 2014.

I am proud of where we are at right now and, as I look back on recent years, I'm starting to like the story that we as a company are making for ourselves. And that, I think, can only be healthy.