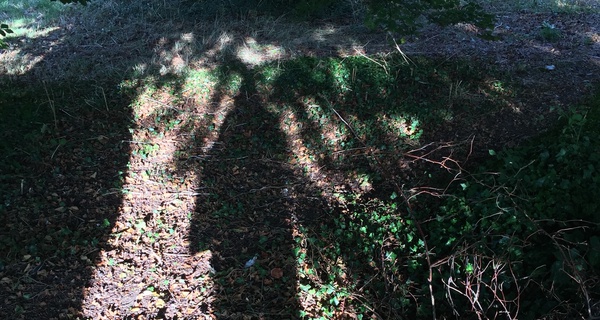 Leo: I went to see Penny Arcade [the show Longing Lasts Longer], she said she stands next to herself constantly, she's constantly pulling herself up to question, and I appreciate and respect that. It takes a lot of strength of character to do that with an open mind and with compassion for yourself and judgement and confidence and a willingness to learn from the mistakes you are making constantly and a recognition that you will be constantly making mistakes as a human being.

The bulk of the conversations for this lexicon took place in autumn 2015, and a number of factors – their circularity, my slowness in transcribing, let alone transforming them into a written document, my generally stunted confidence in anything I do – made me uncertain as to the usefulness or value of the process to Leo and Anna. Our final conversation took place in February 2016, and that changed everything. Leo was only recently returned from New York, where he'd been working with Baba Israel on the final version of The Spinning Wheel: “Our conversations and reflections allowed me to see what tools and skills I needed to employ to hold his process responsibly,” Leo says, “and reflect on this idea that somewhere inside me there was a subconscious fuck off to peers who wanted my support.” He and Anna were also putting together an outreach project around a new work that they were making for performance in July 2016 with WAC Arts (In Flight From Home) and, thanks to these conversations, recognised themselves racing into bad habits: attempting to squeeze too much into too little time, eliminating space for adequate care for those involved, laying the ground for another difficult process. They caught themselves, they slowed down to shape a more effective strategy - making for a more successful, multifaceted creative process and performance.