In 2006 when Leo gained an ADAD Trailblazer Fellowship to research capoeira with Maestre Sombra and Candomble with Mae Iara in Guaruja, he was invited to film MaeIara's ‘Oblation to the Gods’, a three week ceremony which happens once every seven years.

Seven years after the original meeting, Leo returned to film the ceremony once more.

The film initially centred around the story of a 9-year-old boy, a percussionist and Organ (male in service of the religion) called Jefferson, following him as he entered the religion. However, after a second visit, the through-line of the film changed, becoming more about why the initial documentary was never finished, and the weight of responsibility Leo felt in revealing the rituals of another culture. Now the film is on long term hold due to considerations surrounding the content, form, ethics and responsibility surrounding the project as a whole. . It may continue in the future, it may transform into another project altogether and it may stay in the back ground as a vital influence on the form, interests and political considerations that support and inspire Leo's ongoing art practice.

"My interest in the Afro-Brazilian animistic religion of Candomble (a sister to paganism and voodoo) is manifold. I was born into a socialist/atheist context and consider myself an agnostic, so my relationship to Candomble is the most in depth relationship I've had to any spirituality. I’m interested in the beauty and the rich cultural expression that is so present within the religion. The sense of ritual and mystery, connects deeply to my desire to believe in magic and look for the wonder within the everyday. The pantheon of gods or Orixas represent the natural world; Iyemanja: Goddess of the Sea, Oxum: Goddess of Sweet Waters and rivers etc. By giving the elements human form it can be seen as a way of allowing us a way of feeling empathy and care for the world we live in. Most important for me is the way this form connects to my current interests in innovative theatre practice, as here too an ambiguous platform for performance is presented to a participating public/audience. But through the process of association with Mae Iara and the congregation I have not been able to resolve the schism that I feel as a white European imposing my vision on to their cultural manifestation. I am not resolved on whether I have the right to share this material and for whose gain. This is partly to do with not being a professional film maker and therefor scared of the quality of the outcome, but also relates to a growing understanding of ideas surrounding decolonisation and agency within ethnography. It is now likely that the film will not be made, yet my experience and the association with the congregation continues and influences everything that I engage with creatively."
[Leo Kay]

The film is now on long term hold 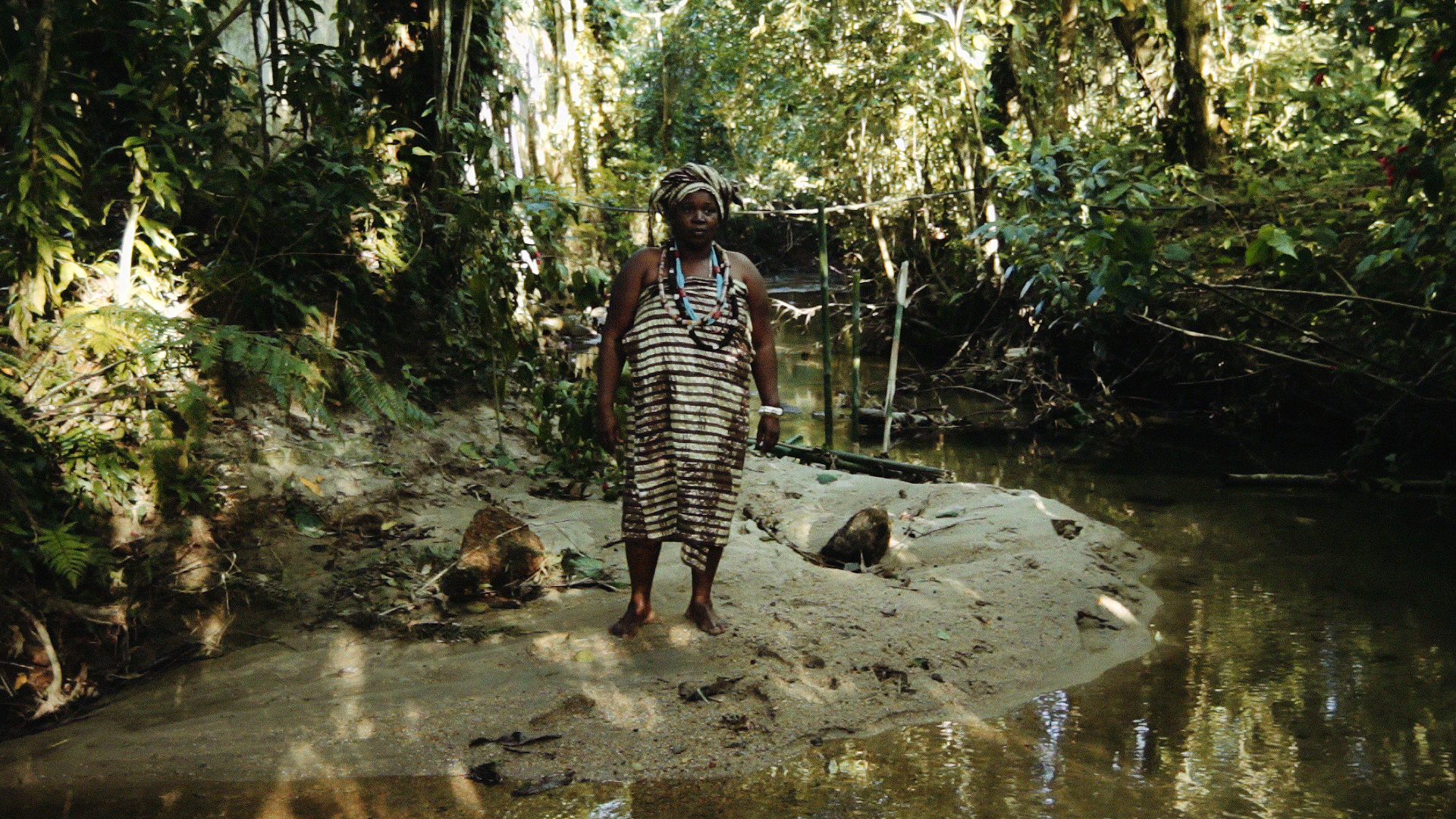 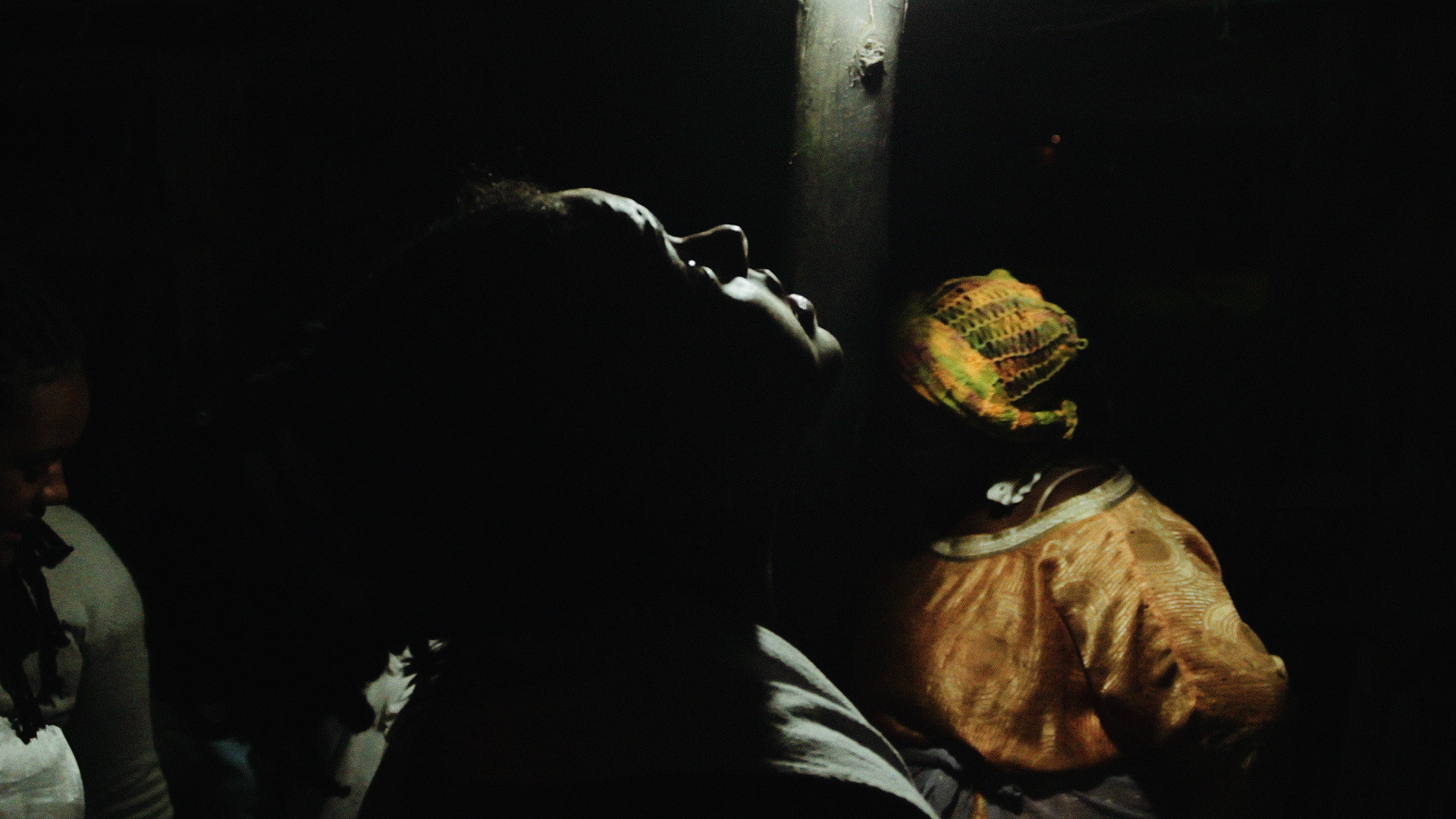 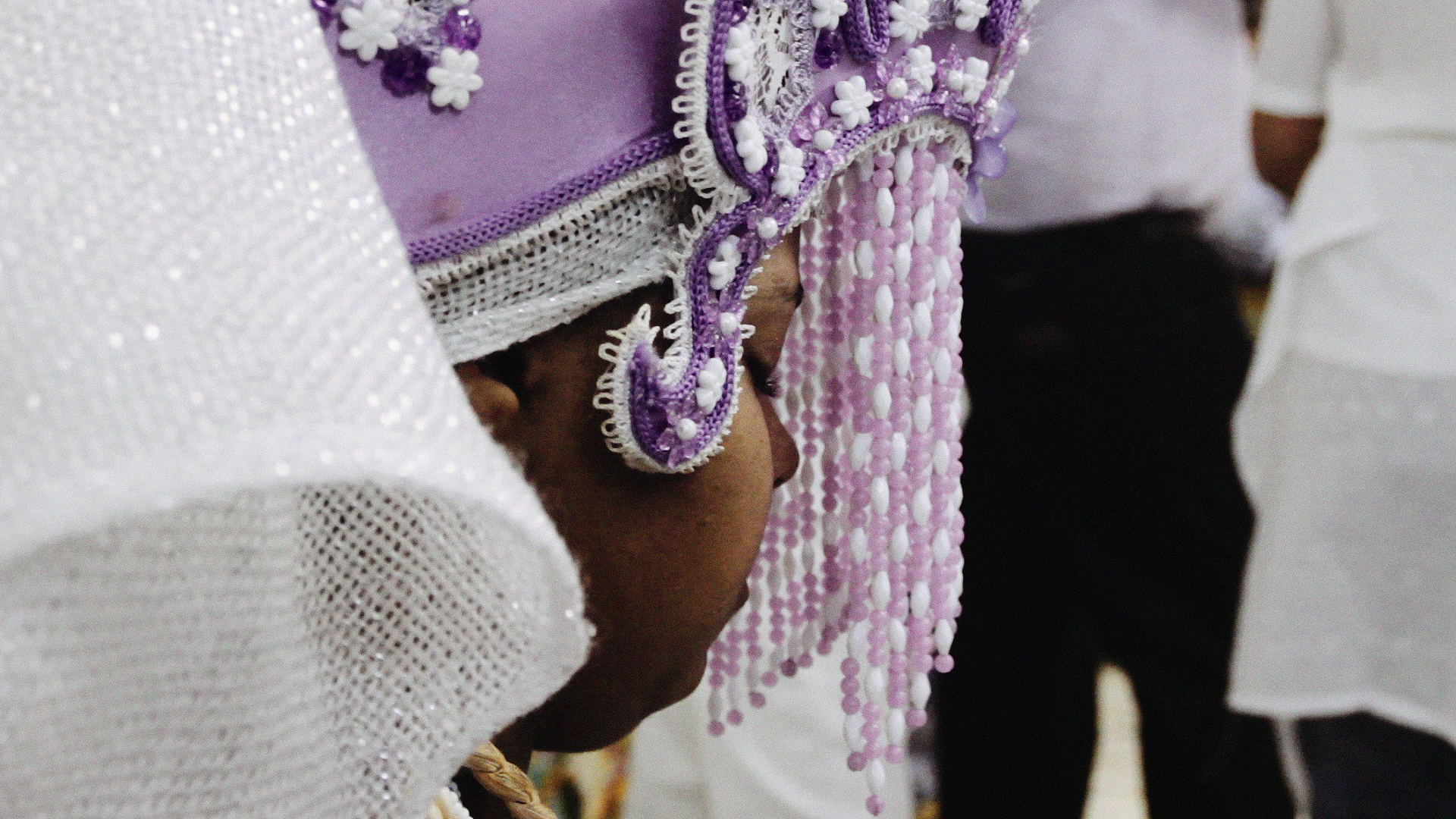 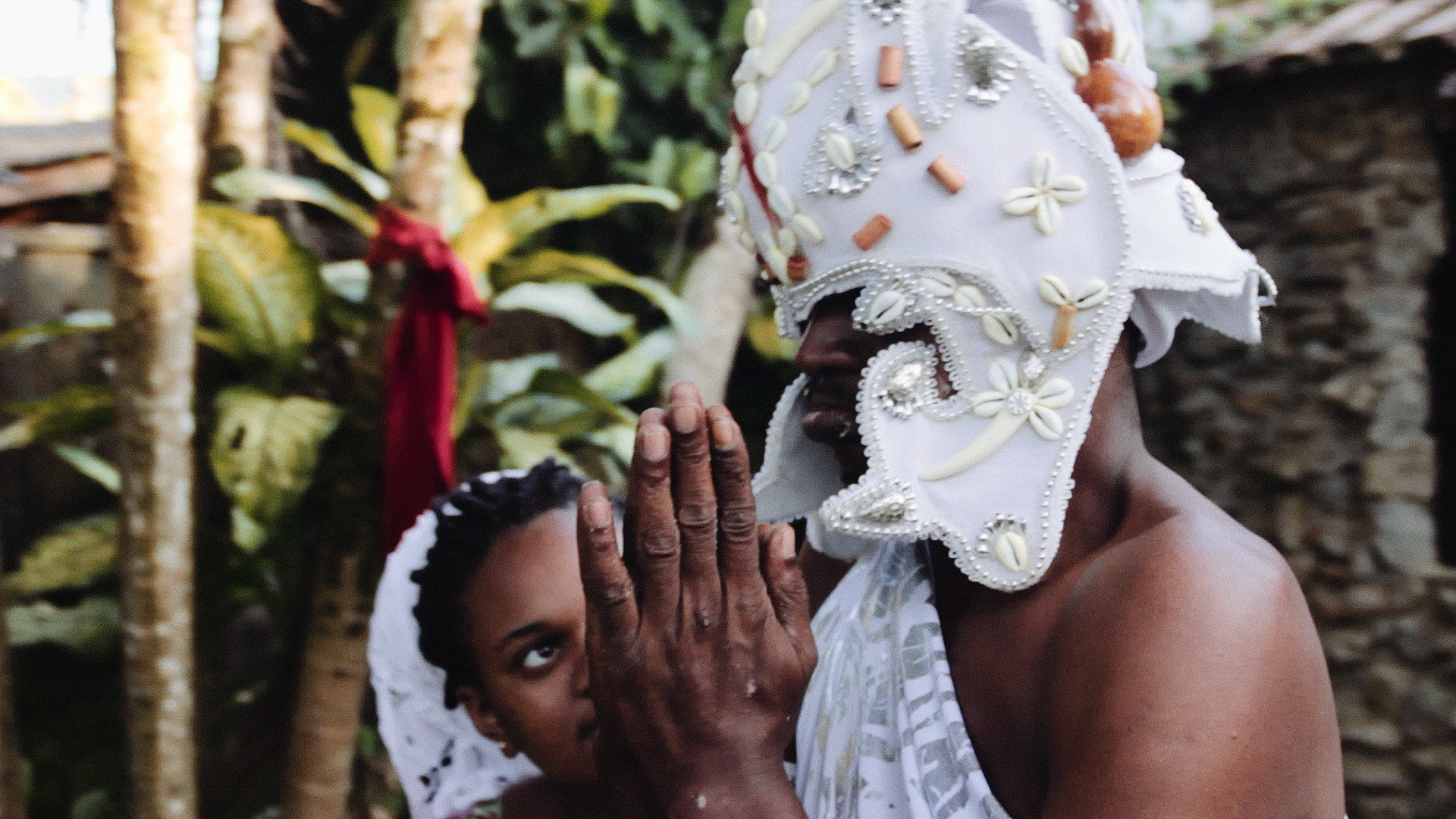 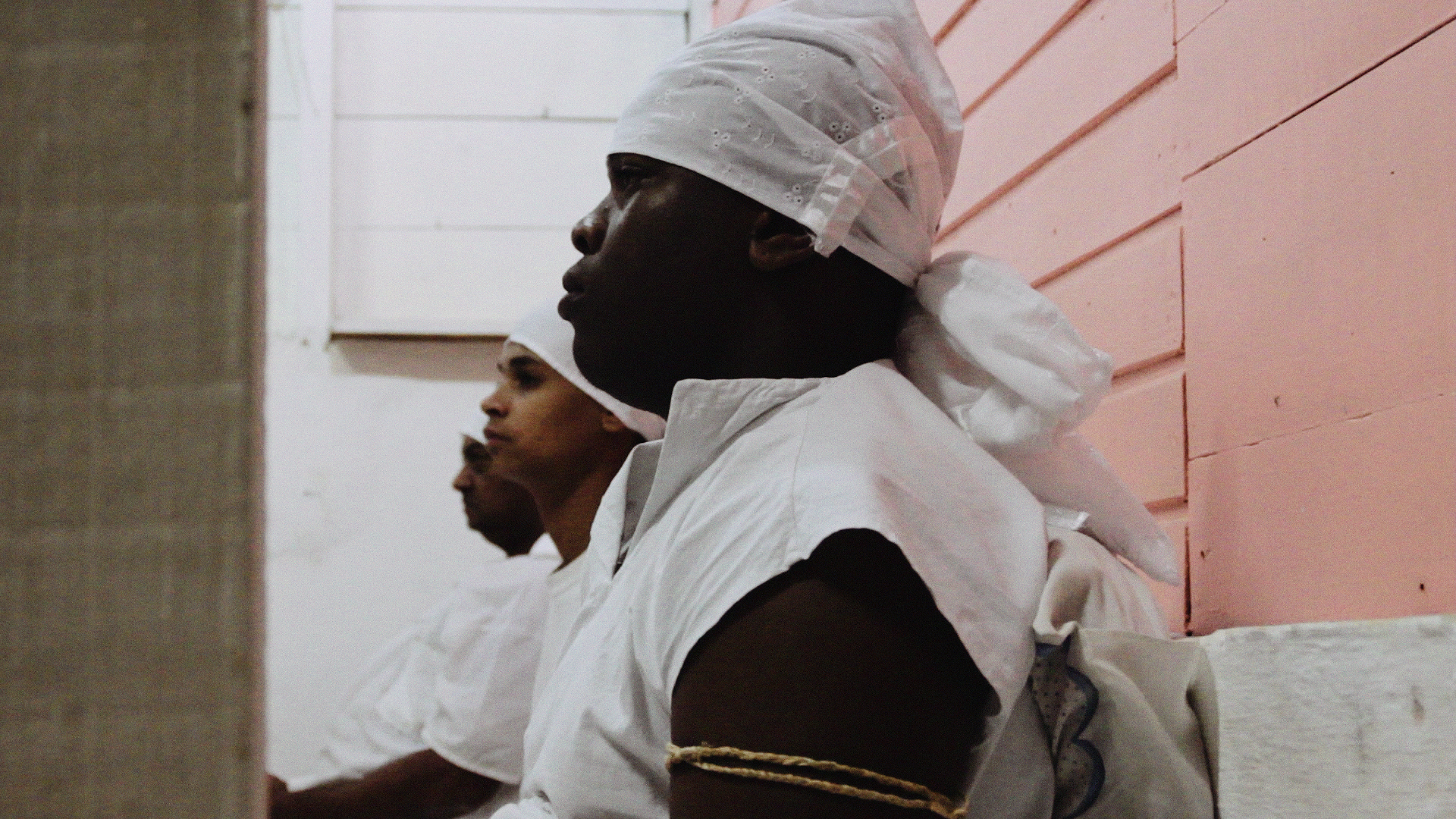 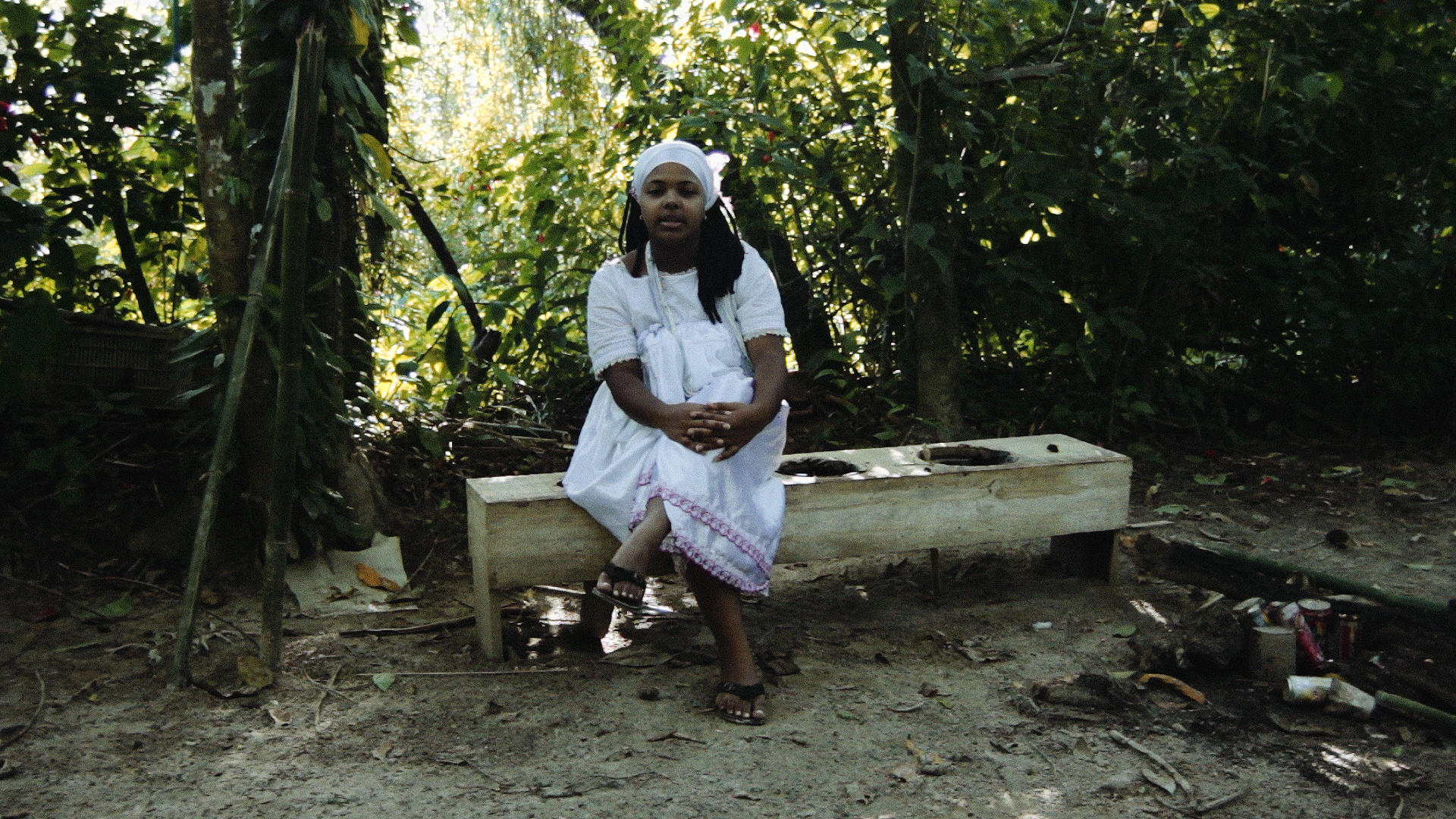 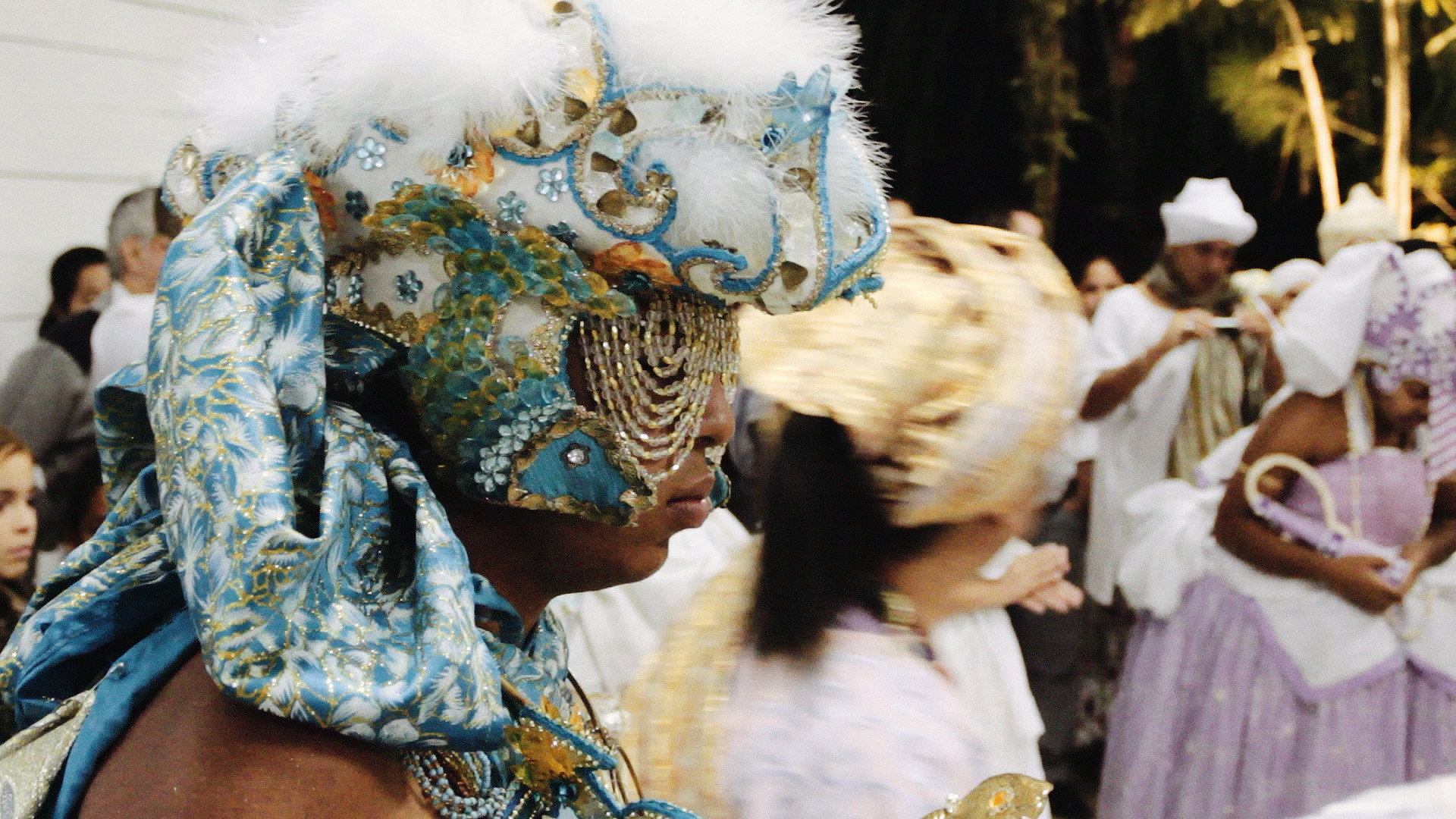 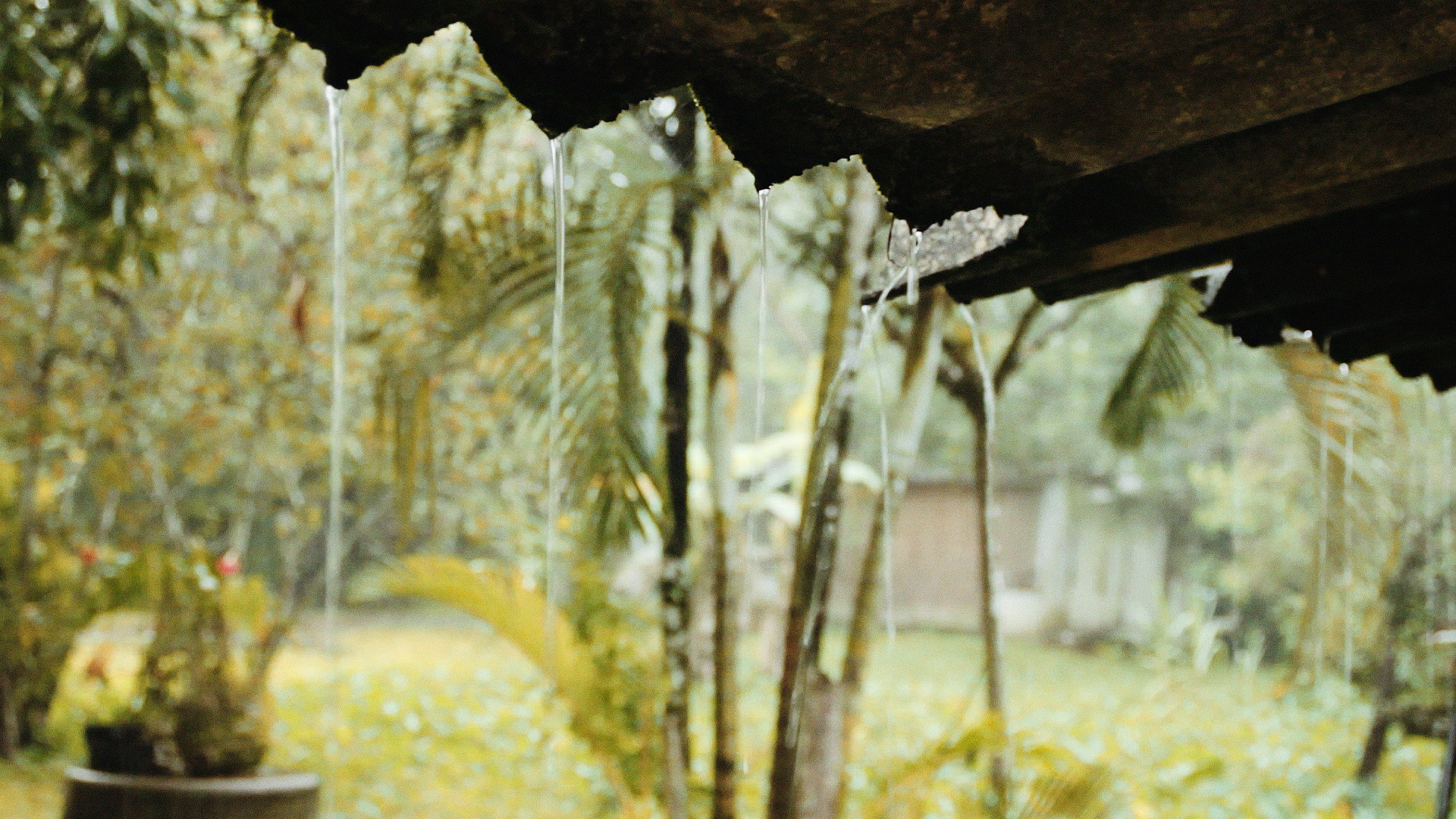 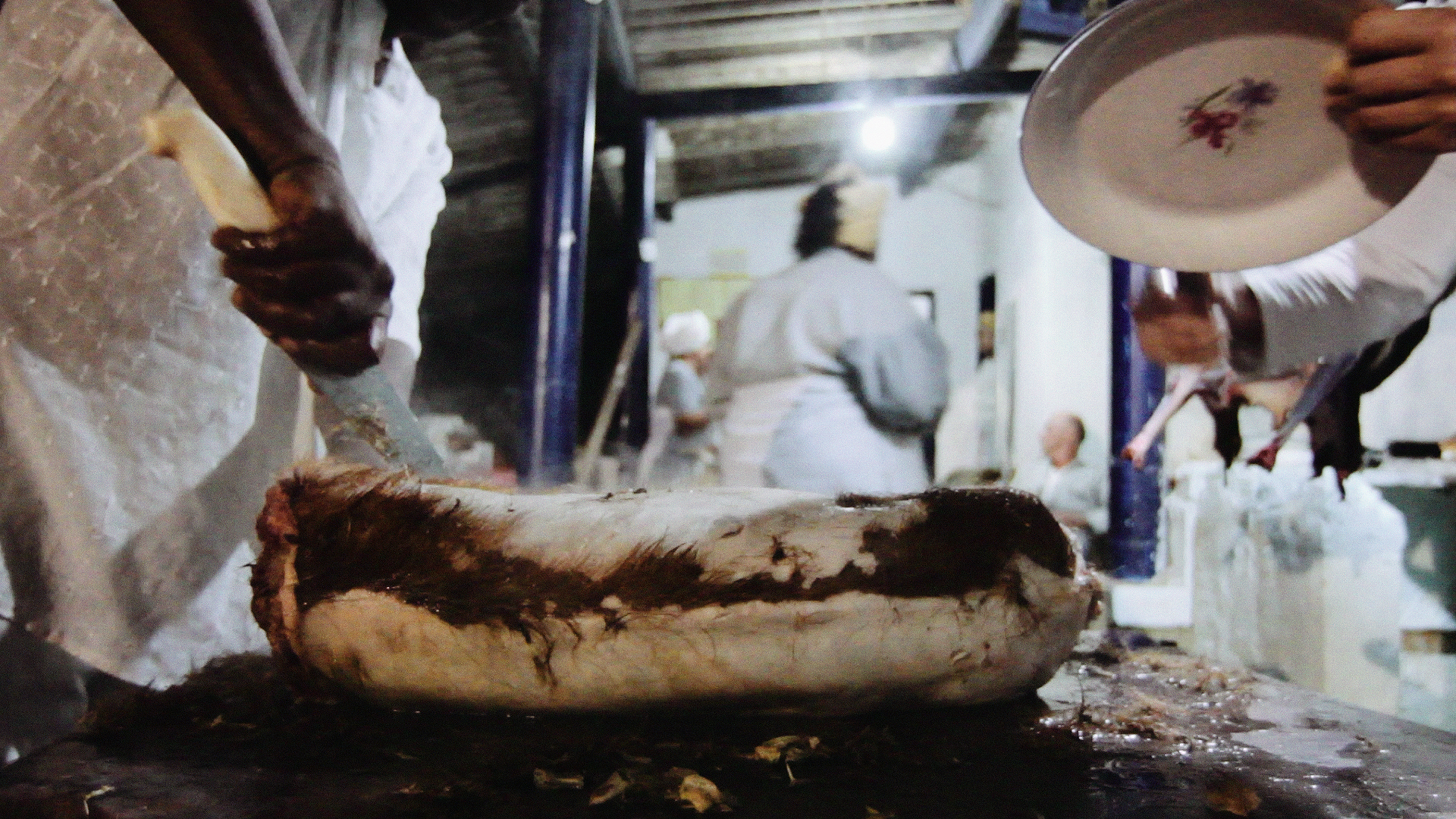 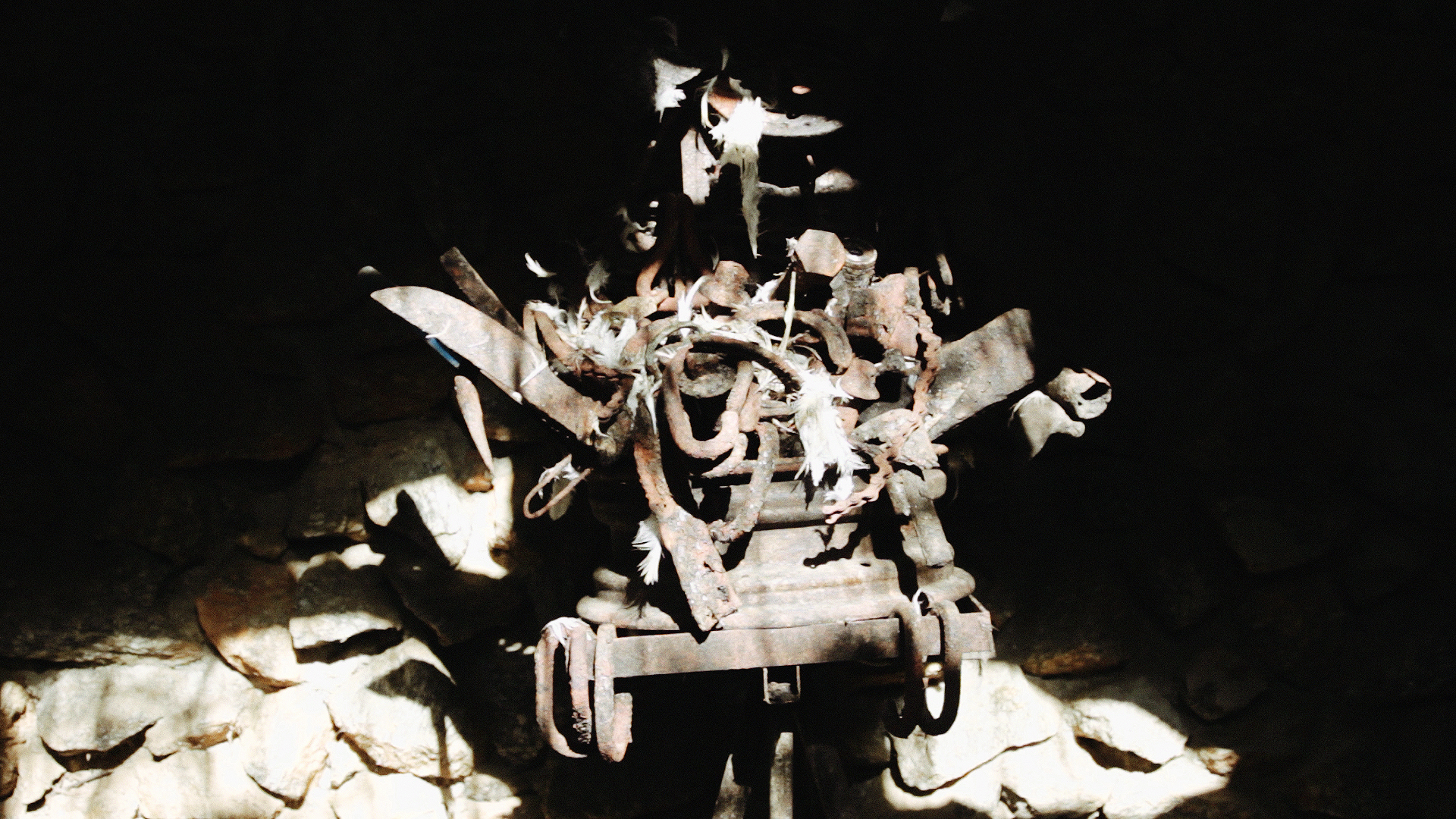