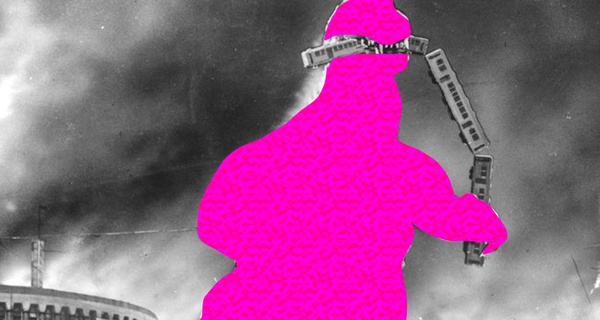 Separating the Wheat from the Chaff # 4

Allyship, empathy, divination and other forms of collaboration

Making the effort to dream alternatives

During a past project, Only Wolves And Lions, sitting around a table with 20 participants, I spoke about the etymology of the word ‘crisis’ in Mandarin, explaining how it's represented by two symbols carrying the meanings of ‘Danger’ and ‘Opportunity’. At the time of making the show (2011/12) we - in the UK - were experiencing the onset of brutal austerity measures enforced by our then Conservative/Lib Dem coalition governmentin in the aftermath of the 2008 global financial crash. We first presented the work in Greece, a countru that was really experiencing the sharp end of the repercussions of the crisis.

We are now again, within a moment of crisis. A conjunction of national and international occurrences: the repercussions of Brexit, the pandemic, and the harsh impact all this has had on millions of peoples lives. At the same time we're witnessing blatant increases in opportunistic national and international state control and corporate power grabs; the economically corrupt collusion between government and corporate leaders; brutal warring prioritised over any attempt at dialogue; the resulting rearing of facism, ugly racial scapegoating and the very real existential threat of climate breakdown.

This final issue is eventually being contemplated within mainstream media.

We are in a crisis of priorities where increasingly over the last 500 years (and entering a hyper-drive over the past 50 years) western cultures' thirst for expansion and the accumulation of wealth, have been prioritised over all else. And we now know we are in grave danger. Never before in the history of mankind have we been able to imagine the destruction of the entire human race in the same time scale as a human life.

But how do we garner the energy to act now for something different? Or to prioritise different modalities of recognition, communication, and appreciation?

The now dead, social theorist Mark Fisher in his short book Capitalist Realism quoted Fredrick Jameson saying that it is easier to imagine the end of the world than it is to imagine the end of Capitalism. But I can see the cracks and I hear people whispering into them all around me. Maybe some people are finding in the cracks of our culture, alternative ways of thinking thoughts?

I was in an online group dialogue recently, one of the interesting formats to come out of lockdown London. The group was born out of an online process that I attended (We Will Dance With Mountains Into The Cracks) run by the brilliant contemporary posthumanist thinker Bayo Akomolafe. Someone in the dialogue was arguing for the legitimacy of violence in revolution and how all of their heroes used violence for change. The process I had attended spoke of post activism. Beyond the confrontational burnout culture of continual fight. Questioning whether there was another way to think thoughts together, another way to construct a new system. It brings to mind Audre Lorde's iconic text The Master's Tools Will Never Dismantle the Master's House. Maybe violence begets violence. Bayo invited us to lean into the cracks. And I choose to read this as meaning to lean into the elements that have been delegitimized, subjugated, and belittled by our reductional rationalist, and brutally patriarchal western culture. I don’t know what my belief system is, but I choose to lean into the ritualised, into the unknown.

And so, it feels like we urgently need to start this difficult process of imagining alternatives to the culture projected into our collective psychological sphere. A brittle, oppositional, dystopian, control-ridden,  capitalist future where the ultra-rich drive us off the edge of a cliff, all the while attempting to keep a lid on continued and ever-escalating discontent through imposing ever-increasing state control and violent authoritarianism.

But rather than believing we are hurtling towards this totalitarian nightmare, how can we hold, as an idea, that we are in fact witnessing the death throes of a system? Like Godzilla flailing his arms, crushing whole villages as he falls. What would it look like if we attempted to shift our focus away from this flailing monster? Where can we look for alternative ways of thinking thoughts that could give us the tools we need to continue with hope?

This blog is in support of the effort needed to dream alternatives.