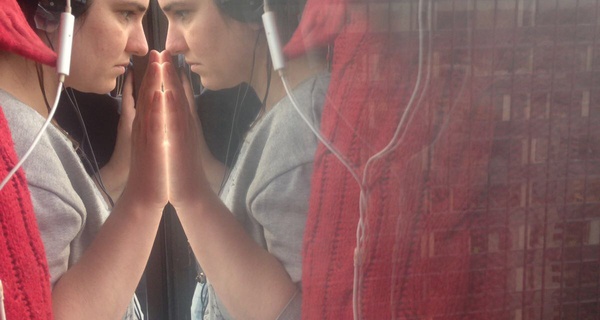 Reclaiming states of Being # 2:

The Time It Takes To Think - An immersive excursion...
[Description, images and contributing audio files]

This is the second post in my ongoing blog: Reclaiming States of Being (first post can be found here). I wrote this just over a week ago and it captures my reflections on a process that I ran this block.

On 1st November 2017 I took fellow artist researchers on an excursion, starting at the institute of apass and journeying to a series of locations, with the aspiration to bring them closer to the themes and methodologies of my personal research.  I called the 5 hour experience; The Time It Takes To Think.  Below this text are some photos that document a little of the process and two audio interviews that particpants listened to along the journey.

Taking place in specific locations around Brussels, the experience combined ritualised Sour Dough making, a headphone guided sensitisation exercise and two pre-recorded interviews.  We began at apass, where we made the dough, recognising that it was the day of the dead and that by making live fermented sour dough, we were giving libation to our shared ancestry (microorganisms).  We walked to Maximiliaanpark, where hundreds of refugees congregate daily, then headed to an artist collective space on the 25th floor of the Brussels World Trade Centre (a failed Neoliberal, modernist vision). The Brussels WTC looks over Maximiliaanpark and the irony of these contradictory uses of space is pronounced.

We listened to the interviews via headphones both in the park and looking down over the park from the 25th floor of the WTC. The first interviewee, Nabil, has set up an NGO with his friends and family, which is now a 70 strong voluntary organisation that daily supports the individuals living in the park in this interminable state of transit and precarity.  He spoke of the migrants' daily experiences and hardships and of the cultural division of space in the park.  The pracarity of the migrants and the funding for organisations of this sort, along with the lack of responsibility taken by the government, brings up in me the age old conflict of knowing that without Nabil these people would suffer far more, his action is urgently needed, but that at the same time, he is an example of yet more good people helping our broken and inhumane social/governmental system to keep hobbling on.

The second interview was with Koen an activist and architect, one of the artists working from the collective on the WTC 25th floor.  Koen discussed the new squating laws, the failed Neoliberal trade project represented by the now disused WTC and the need for social housing within this current situation.

I aimed for the day to be about methodologies of approach to and consideration of important socio-political and humanitarian issues - how we can consider our position and our responsibility.  It brought up issues surrounding othering, gentrification, tourism, the effectiveness of art action, human connection and the need to address the quality and assumptions latent within ones gaze.  The philosophy of this ongoing research is based on creating non-hierarchical spaces that stay in the uncomfortable conversation - 'The Trouble' (D. Haraway).  Dialogical processes that allow for difference of experience, opinon and representation and promote the slow creation of shared meaning.

At the end of the day we had a short dialogue in a circle, triggered by the group reading of the Chapter  'Information and Knwoeldge', take from Owen Kelly's 1984 book: Community, Art and the State, Storming the Citadel.

The reaction to the excusion was conflicting, sometimes uncomfortable, interested, engaged, but not without its ctitics, or the possibility for improvement.  It furthered my thoughts and allowed for a practical exploration of possible future processes.  The tight schedule of activity needed, to bring up the complexity of the issues in question, conflicted with the action and metaphor of sour dough bread baking; the action and metaphor within it suggests the urgent need for a slower time scale, which allows for the digestion and integration of the ingredients added and explored throughout the day.

I was intreguided by the stimulation of the (for some) uncomfortable, slightly pushed state that it induced, which in some way reflects the state of over load that was the catalyst for my entire research.  The research stems from and is in response to a prolonged burnout of some kind and the recogniton of fundamental processes that are not given the value that they deserve within the consumption and production driven machine (our curent system)...The process demanded by 'the machine' is incomplete. The system negates the need after consumption for digestion, assimilation, absorption and gestation and jumps immediately back to production.  I believe a large proportion of our culture are either experiencing prolongued minor burnout or harsher more sudden collapse.

As part of this research I have read Cultural Activism today: The Art of Over Identification by William Mangold.  A central concept within the book is the idea that it is the over identification with negative aspects of our culture that could allow people to see clearly what they are complying to that is inacceptable. It suggests to me that a succesful stratgey for change using art is to agitate not to give space from, to suggest utopian solution or temporary releif.  The projects discussed within the book are made by extreme provocateurs, tricksters in the system.  I believe that my work is less extreme, but I am still aiming to embrace the need to agitate and not only propose temporary solutions.  By not proposing solutions, but attemtping to manifest in either form and/or content the problems I might be able to bring the particpant into an active if sometimes uncomfortable state of dislocation, instability, disorientation (Sara Ahmed: Queer Phenomenology).  This may be an interesting position from which to begin to re-evaluate and may allow particpants to research with me, to make the art with me, to contribute to the process.  The quote below talks of the difference between what the book calls NGO art (an example being Art Without Borders) and more radical positioning:

"….The true colours of Art Without Borders: it is not aimed at the deposition of the existing order, but rather at 'making the best of a bad situation' ….As a result they focus on the small things they can change, on doing the best they can under the less than perfect circumstances….The later is seen as a duty, since a minimally improved order is far more preferable than the existing order as such. In this sense it differs greatly from more radical positions, ie positions of resistance that start from the premise that there is something so fundamentally wrong with the existing order that every attempt at making it better, however well intended, will always be perverted by it, and that one should thus aim for nothing less than the radical subversion of that order. In light of this radical position, there is no doubt that there is something self defeating in the position of NGO artist. They depart from the premise that radical global change is impossible, and consequently limit themselves to the invention of highly specific solutions designed for local contexts, which makes global change even more unlikely. In short it is as if they throw in the towel too quickly and shrug away from the much more difficult task of forcing fundamental change in mind-set."
P28 Cultural Activism today: Art of Over Identification

I am inspired by considering how to create work that produces uncertainty, disorientation or unease. The pushes closer to the problem. Maybe this is one tactic that can help us  look anew and begin to forge new pathways of thought and action, that are more humane and open to positively change the way we percieve our position in the world we share. 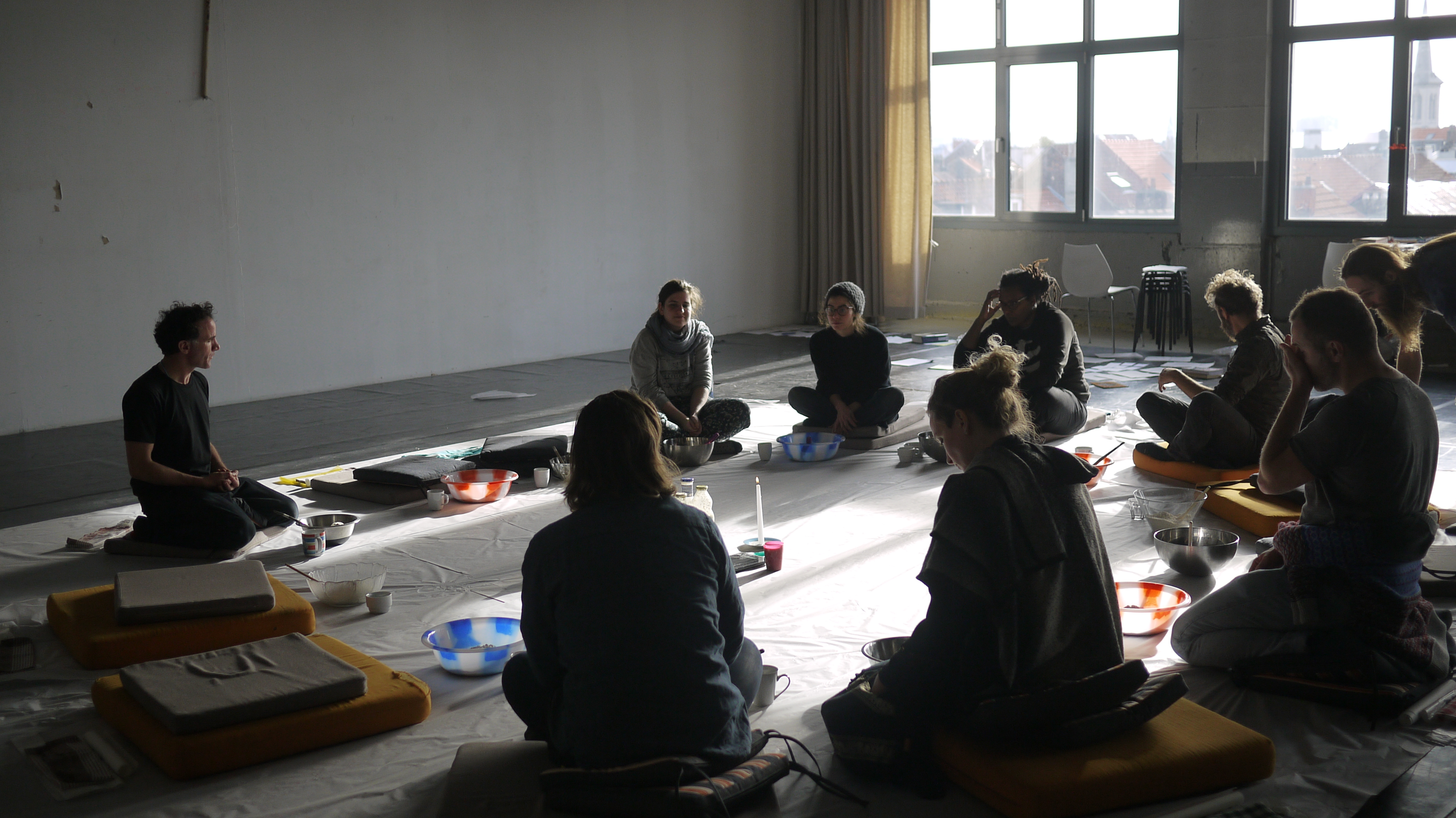 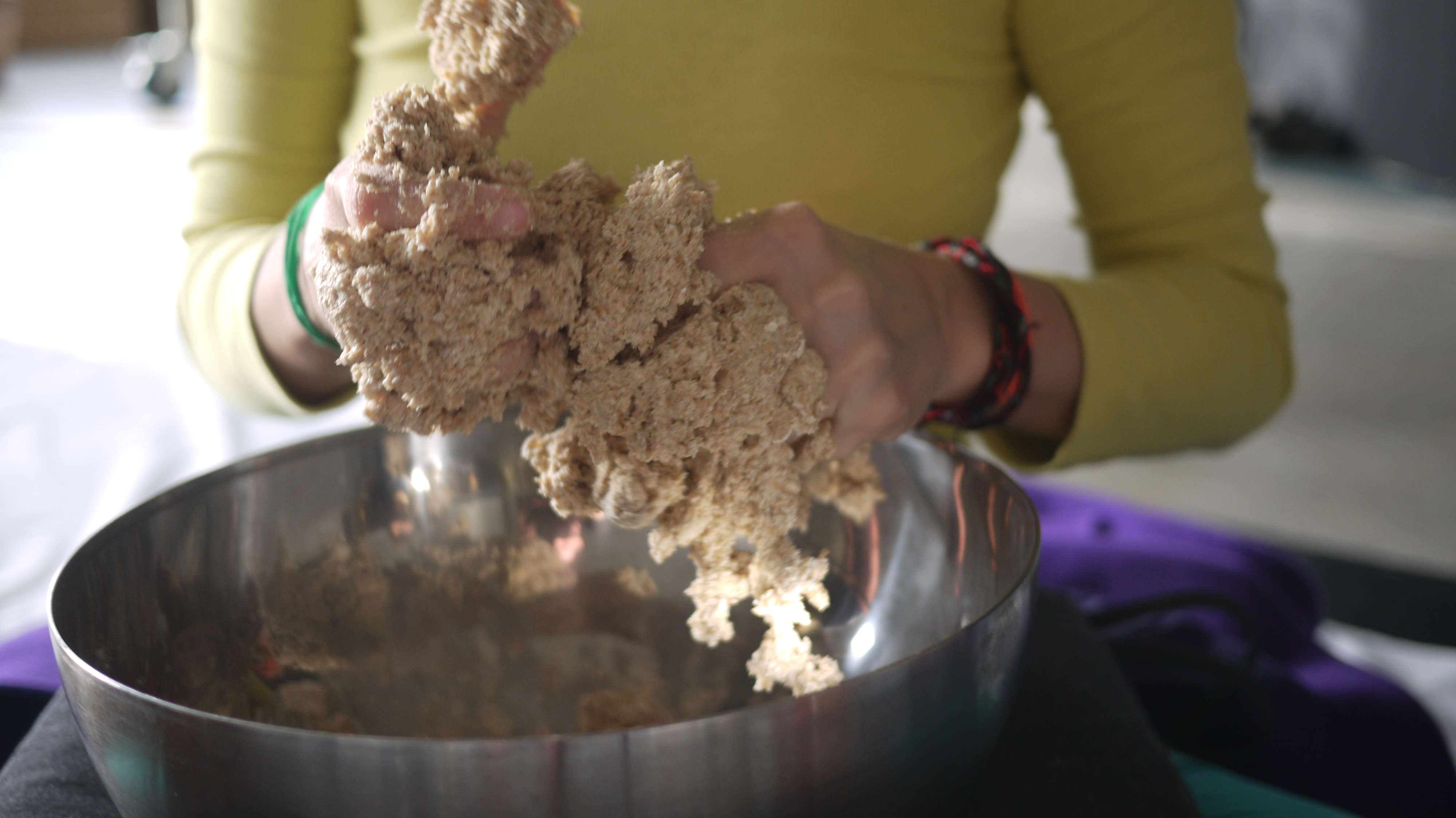 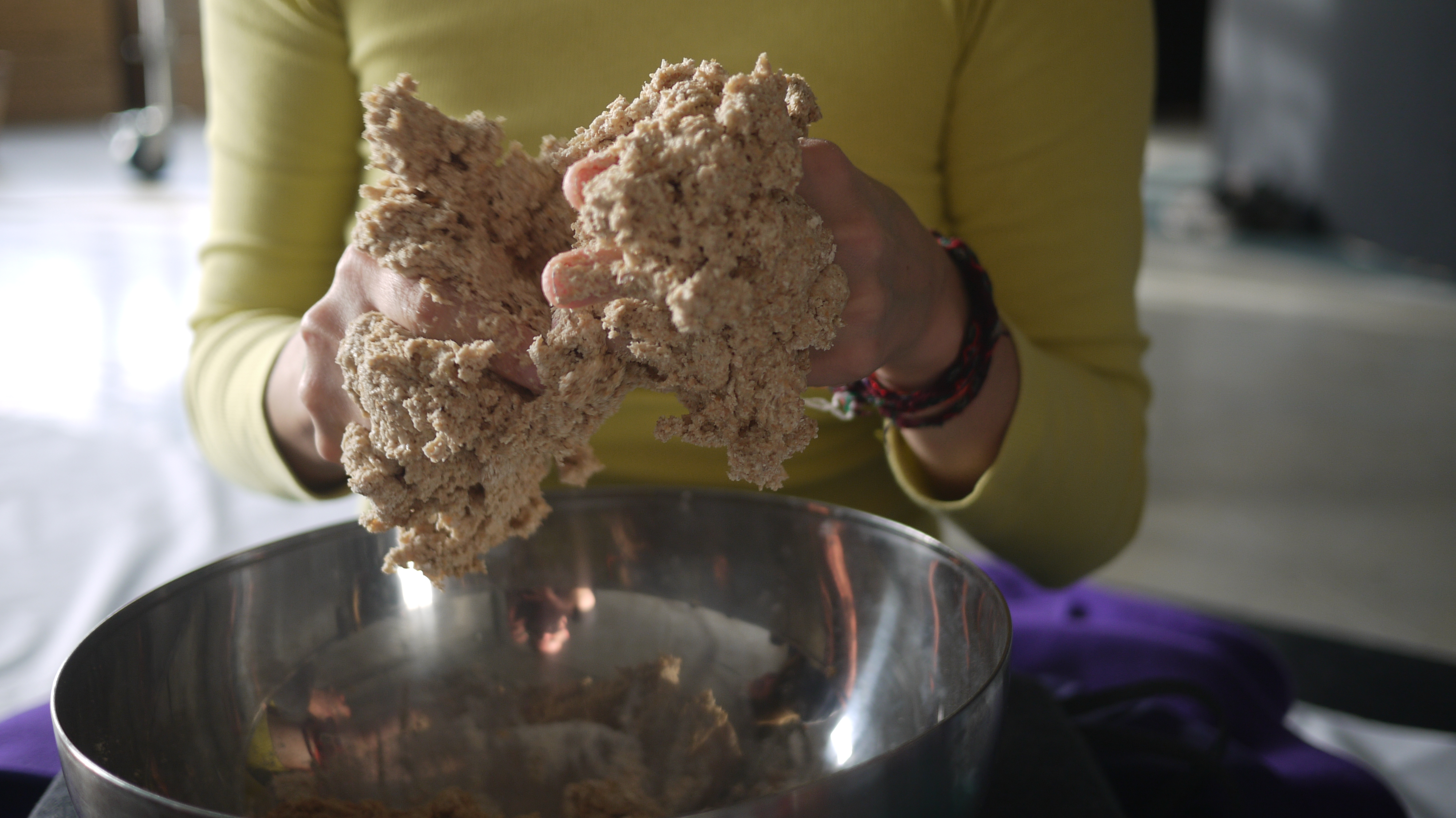 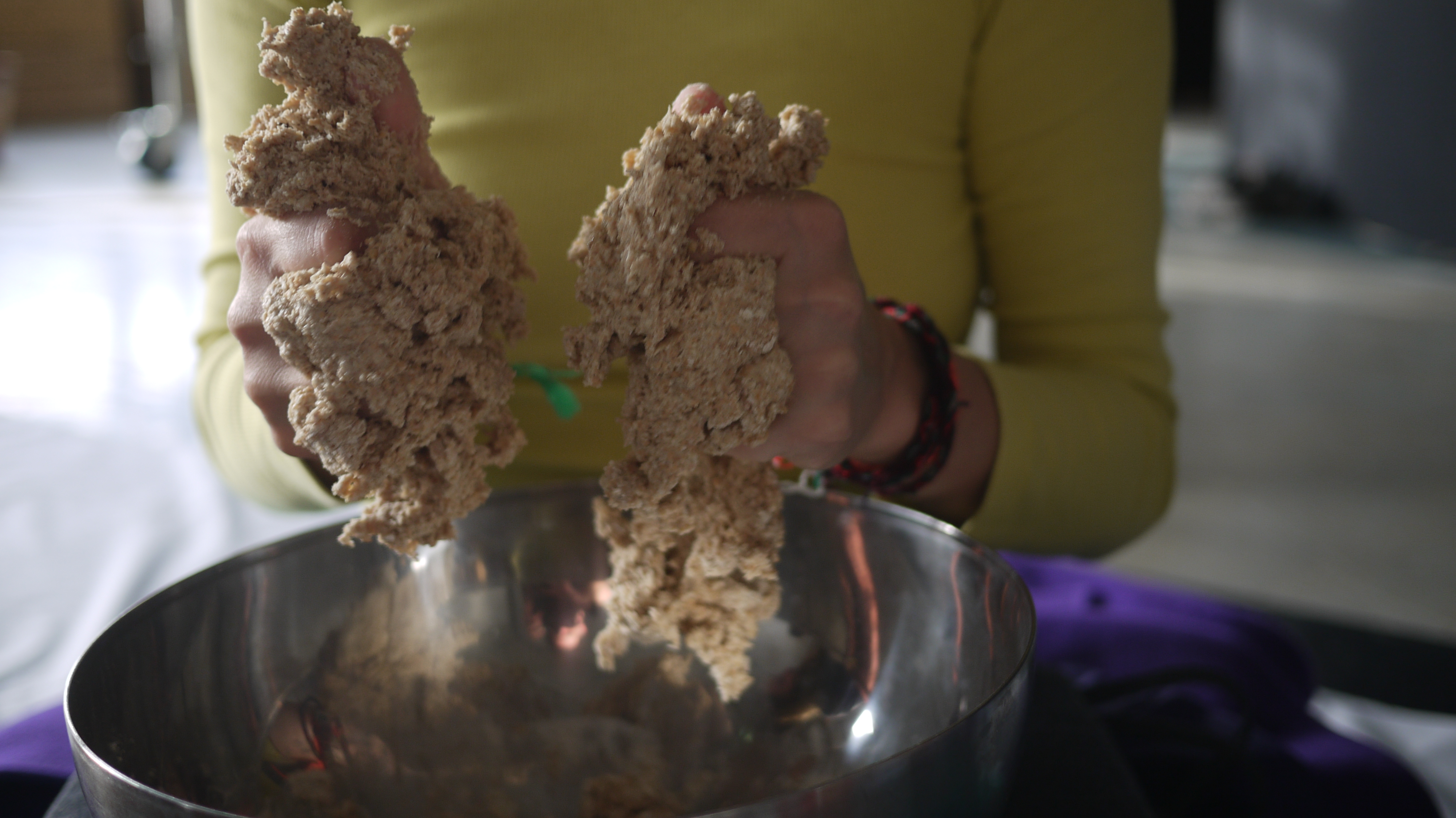 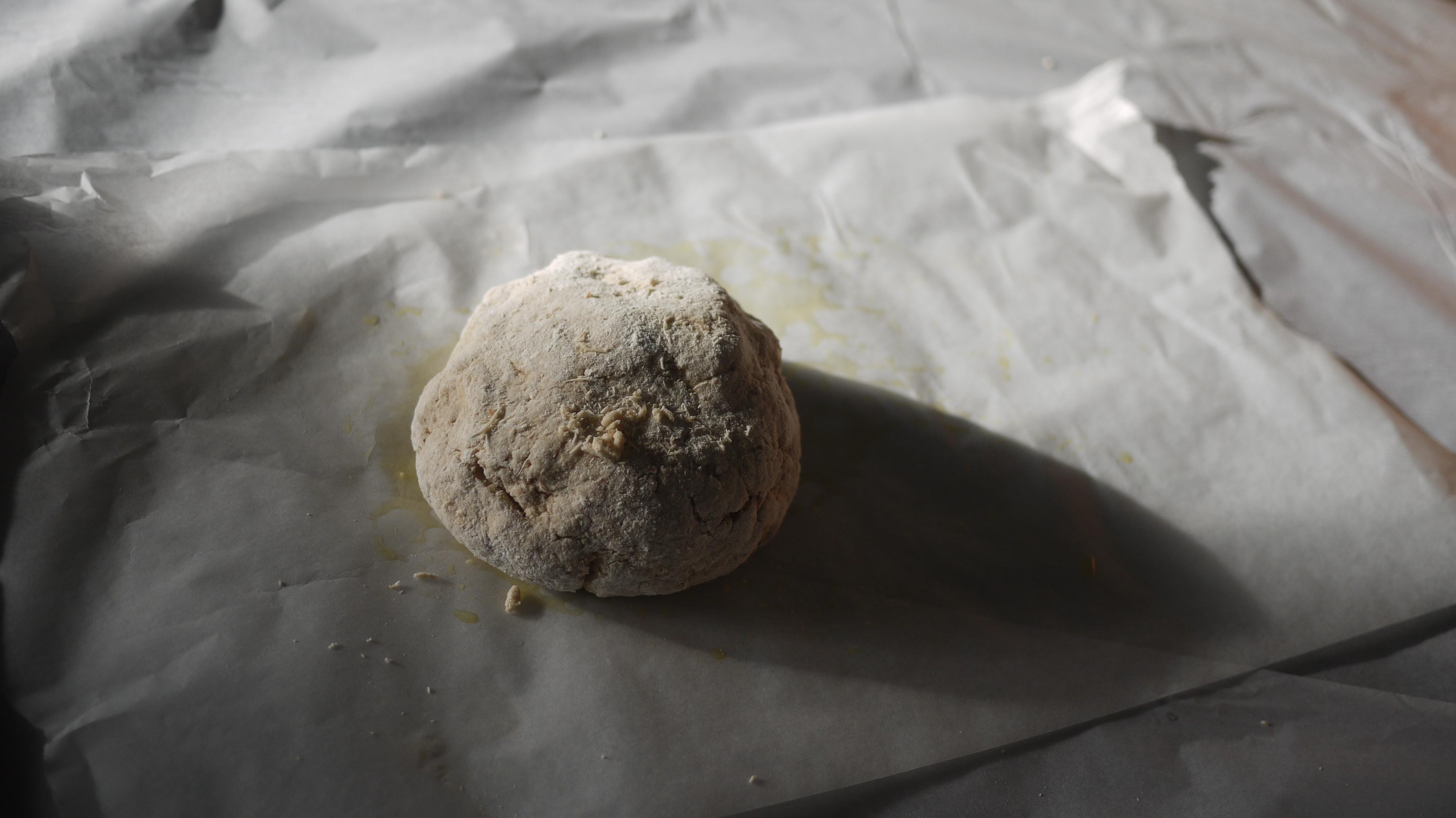 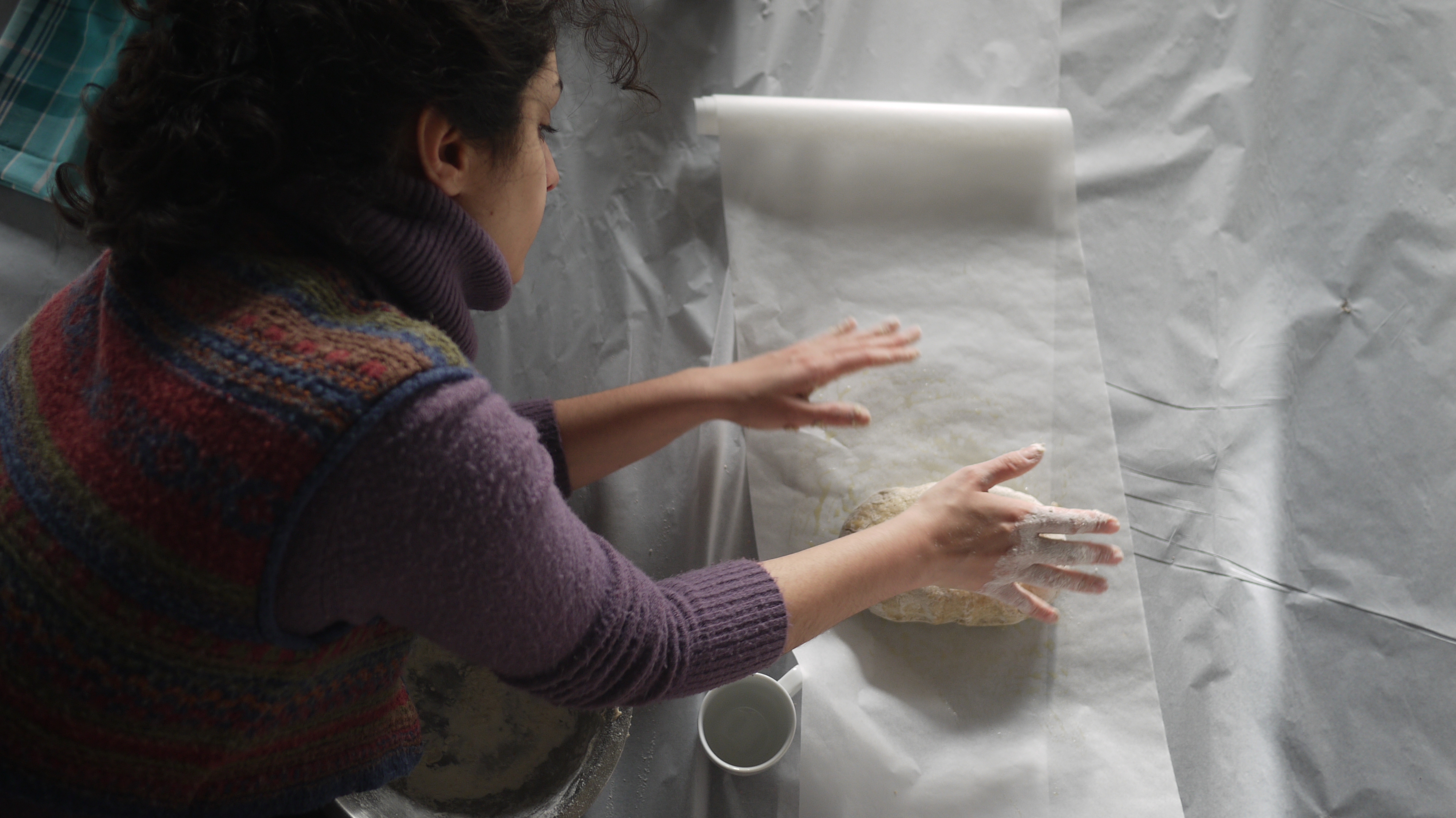 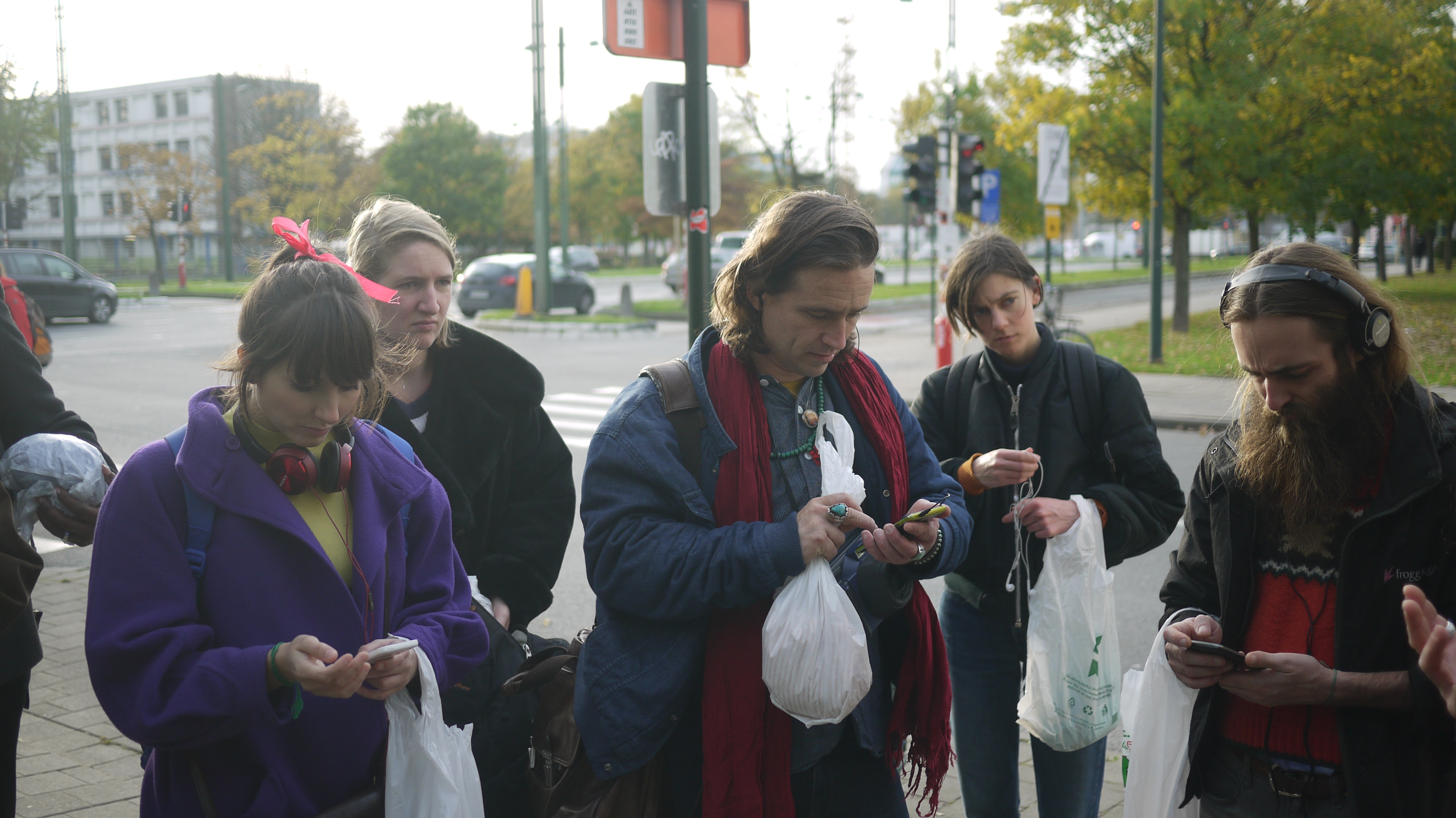 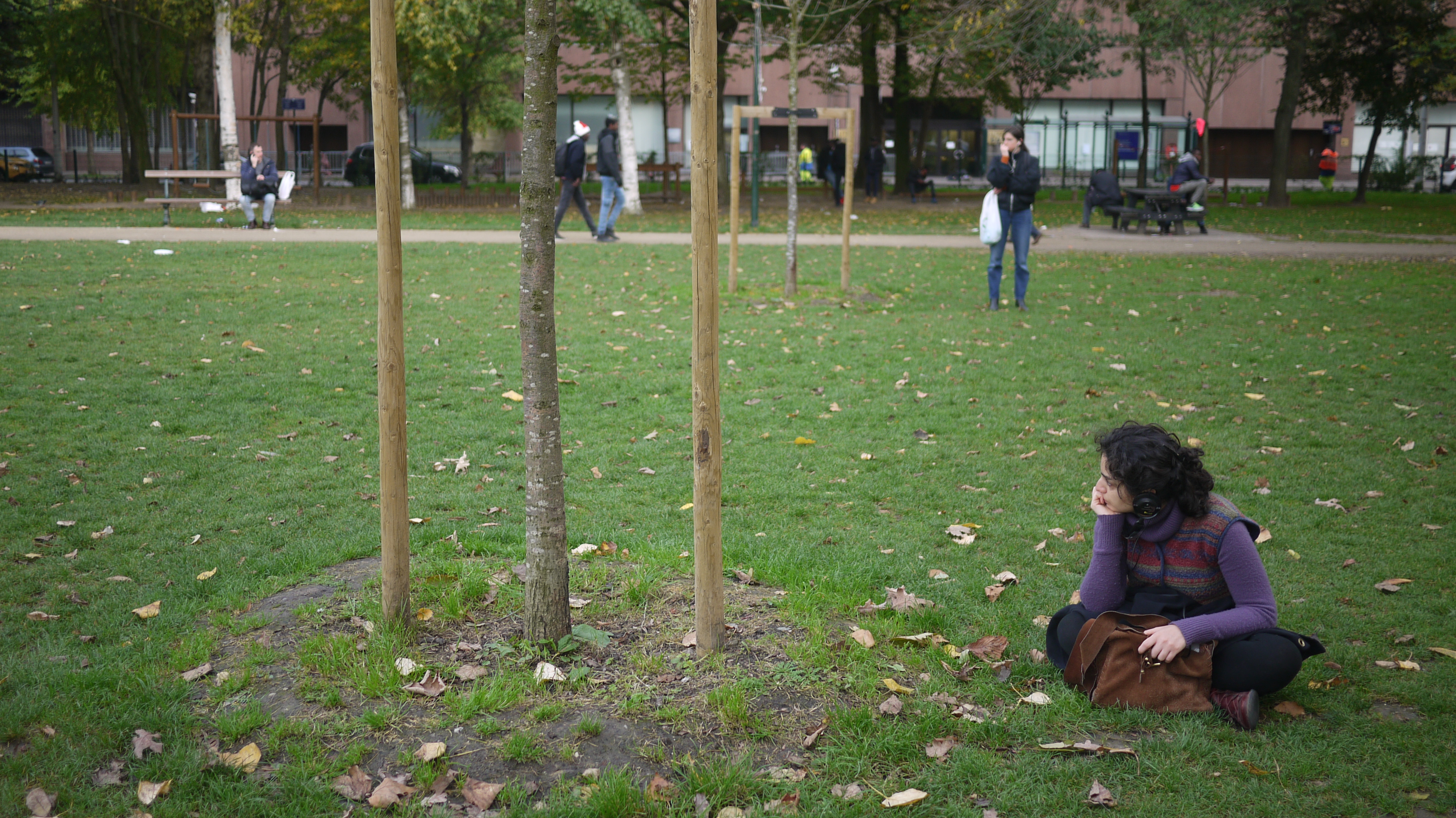 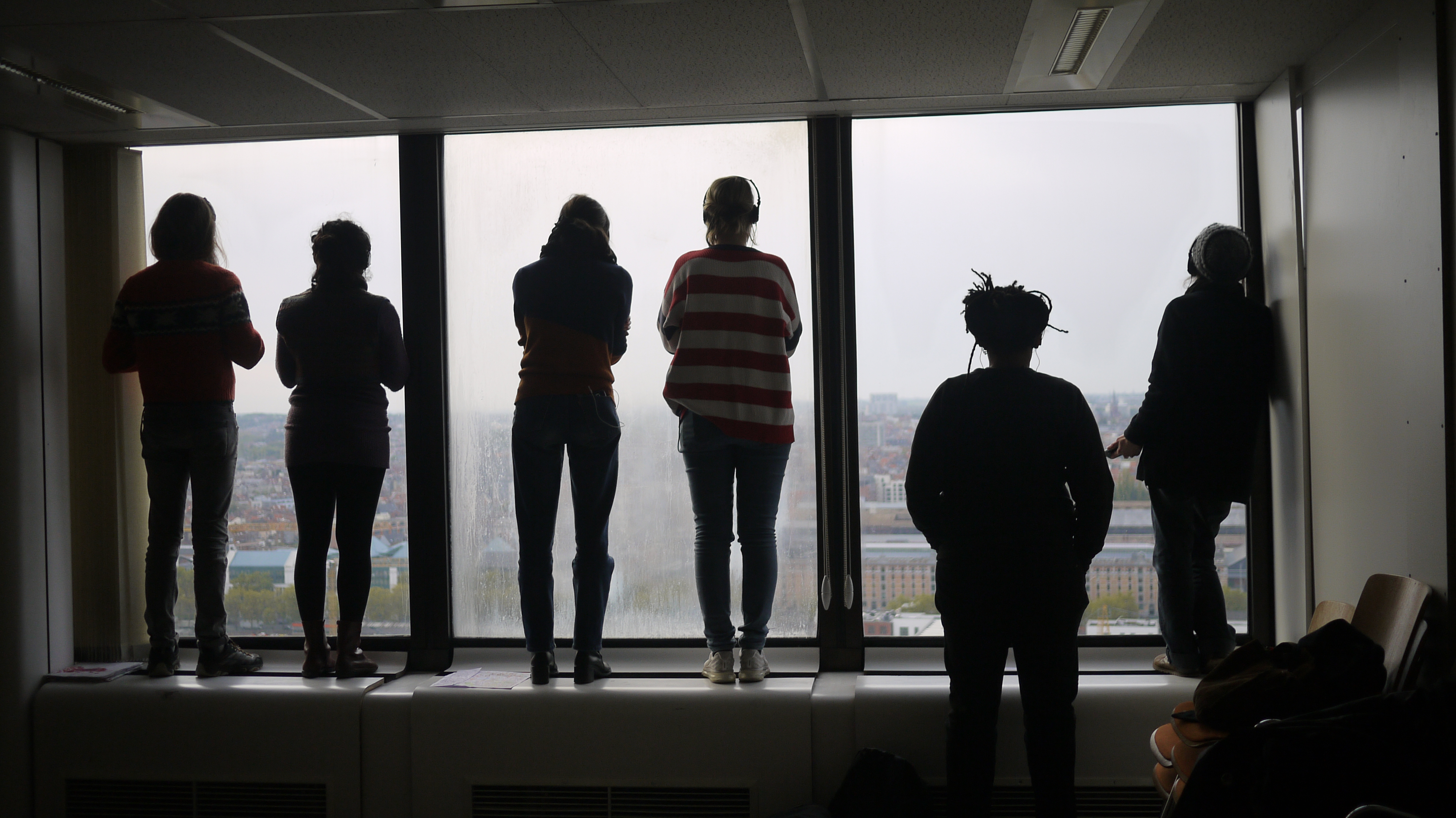 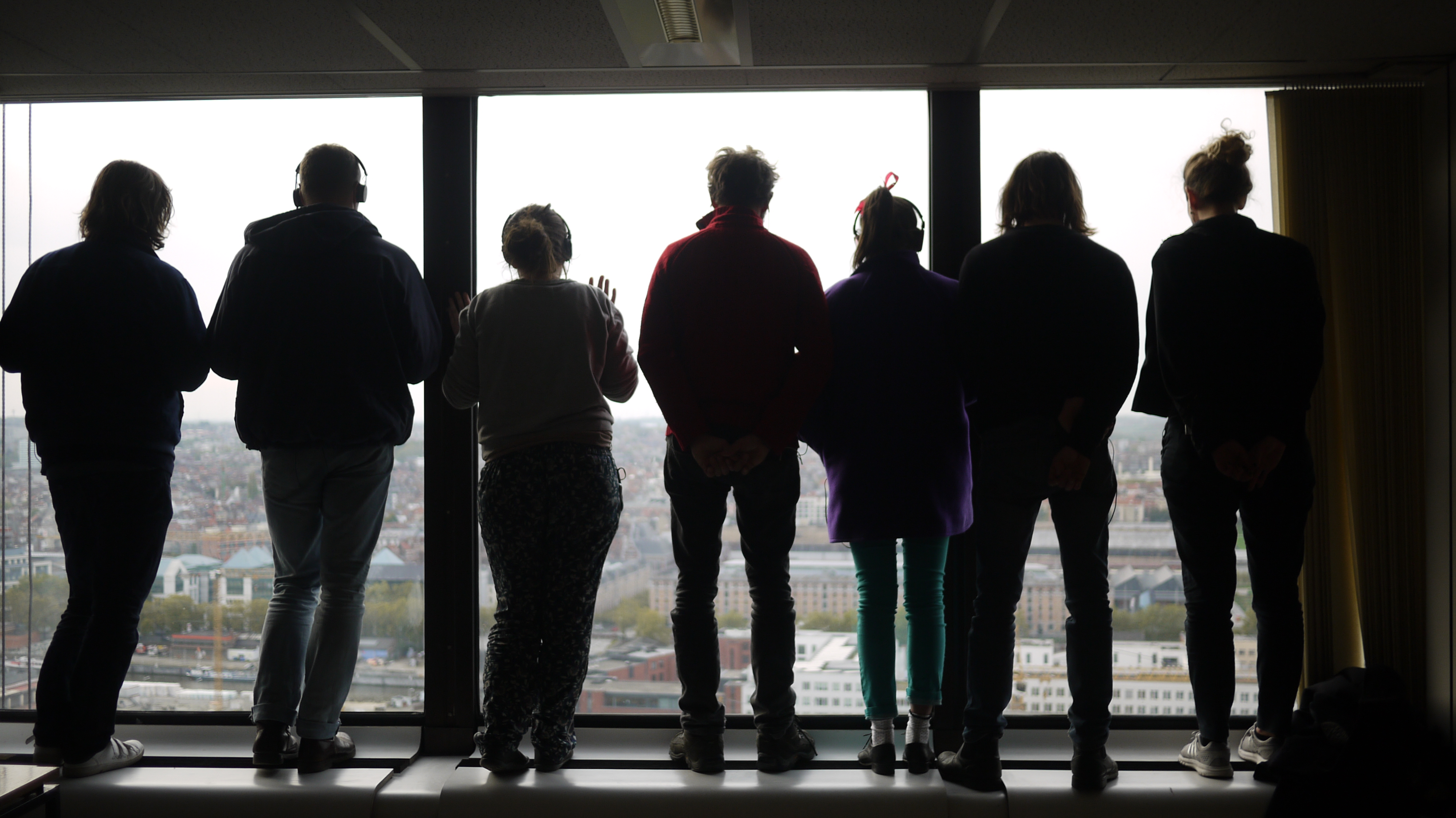 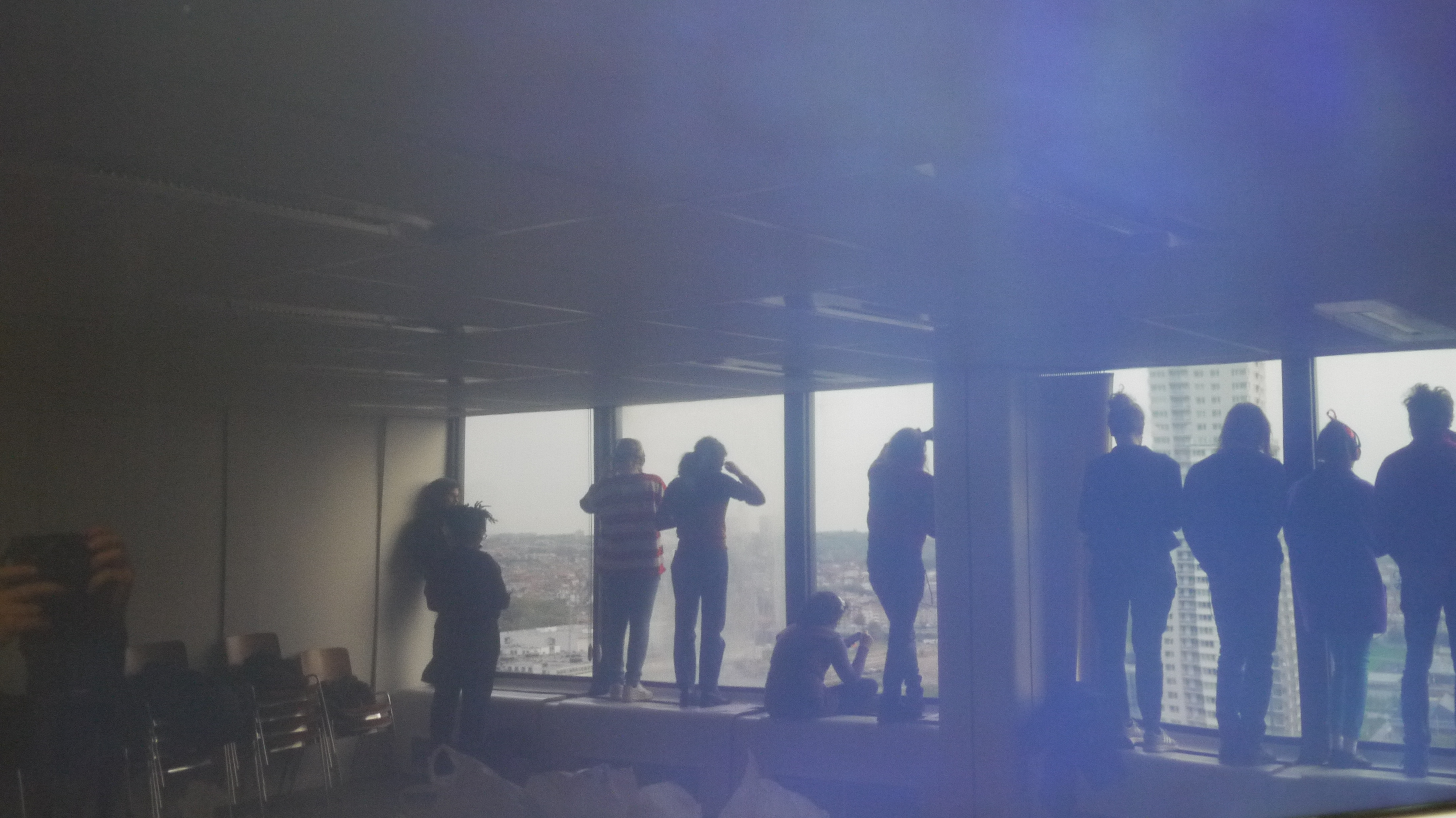